SATA drives in caddies with adapters/interposers failing to erase. This issue is seen with the EMC VMAX as well as other similar hardware where the native drive is SATA and the drive is connected to a fiber channel interposer or an adapter.

Below picture shows a drive caddy with SATA to Fiber Channel adapter. 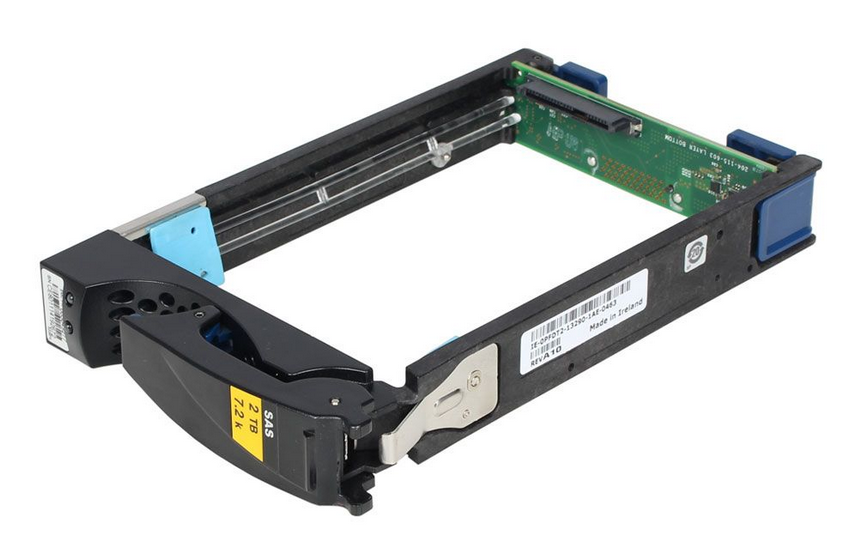 In some storage systems, native SATA drives can sometimes be connected using a interposers or bridged adapters which change the physical interface and the location of the physical port. One of the most common adapter causing this issue is SATA to Fiber Channel interposers/adapters.

We have seen particular issues with EMC VMAX systems that are using Fibre Channel arrays, but the parent drive is native SATA drive connected using a FC adapter. Native Fibre Channel and SAS drives will erase successfully due to similar set of standards versus SATA requiring ATA commands.

In order to prevent any issues caused the by interposers/adapters it is recommended to remove any adapters before running the erasure using Blancco Drive Eraser. After disconnecting the drives from the adapter, they can be erased externally in different array or Blancco Hardware Appliance using native drive interface (SATA).

Alternatively, Blancco LUN Eraser could be used to run an erasure on the logical volumes.